You can scroll down for the answers, or you can read the post with just the questions here.

Please address all complaints about the answers to:*

When did the Court of Appeal hear an application for judicial review sitting at first instance (and why)?  (I’m sure there were many but at least two “famous” cases were.) 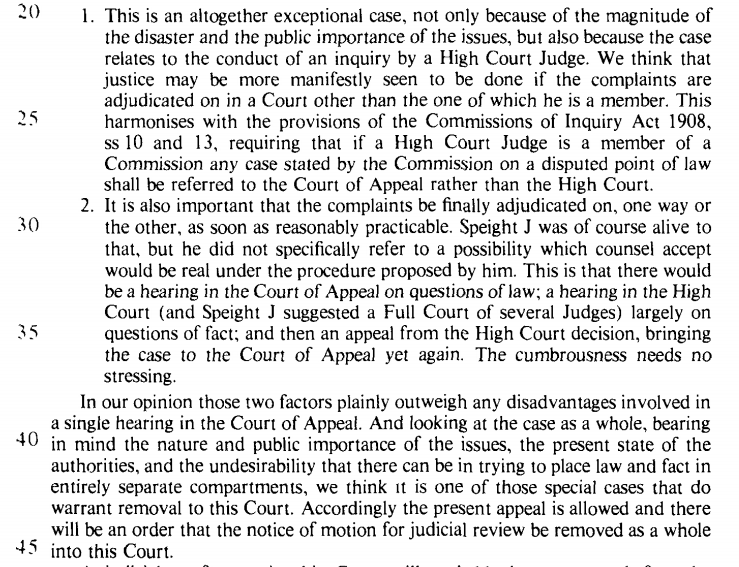 Please note the excellent sentence: “The cumbrousness needs no stressing.”

Both Prendergast CJ and Stout CJ were Attorneys-General (no points for guessing Stout CJ since he seems to have performed literally every governmental and judicial role over the course of his life).  And Barrowclough CJ was a Major-General during World War 2.

How many current justices of the United States Supreme Court share surnames with current judges of the District Court of New Zealand?  Two, I think.  Judge Roberts and Judge Thomas.

Disallowable instruments, not legislative instruments.  Though get in quick, they’re an endangered species.  See [4.3.4] of the NZ Law Style Guide for more information.

Who or what are Ollivier, Bell and Fitzgerald?

Early NZ law reporters.  You can read the report series on NZLII here.

Which senior court judge has been decorated for their efficiency?

Brewer J has an Efficiency Decoration.

Which senior court judge gets called the most names?

Bit of a reach this one, but William Young J’s full name is William Gillow Gibbes Austen Young, which is the most names of any senior court judge.

Name as many New Zealand case names you can with colours in the title (one point per colour).  It’s not enough to say “I bet there is a High Court appeal called ‘White v Police'”; you need to know it.

Judges of the High Court of Niue are drawn from which New Zealand bench?

There are two taonga on display in front of the bench of the Supreme Court of New Zealand.  The first is a waka huia.  The second is a silver inkwell that belonged to which monarch?

Who was the first New Zealand judge appointed to the Privy Council?

How many editions of Todd on Torts have there been?

One, if you accept the premise of the trick question.  It has only been called Todd on Torts officially in the latest edition.  Before that it was The Law of Torts in New Zealand.  If you don’t accept the premise, there have been eight editions.

According to Lord Denning:

In how many third-strike sentencing cases have New Zealand courts made an order that the sentence be served without parole?

Which judge decided Fitzgerald v Muldoon on 19 May 1976?

Not Wild CJ, because this isn’t *that* Fitzgerald v Muldoon decision.  This one was decided by Beattie J.

Which judge is this?

Why must the Crown Law Office deal with cases relating to shirts and trousers?

*Please don’t really send anything to the CJ.  I’ll get in trouble…